skip to main | skip to sidebar

Happy New Year! 2009 is looking to be a fasinating year. I bought a restaurant last June so I have not had a free moment since. The absolute worst time to buy such a business... so if I make it through these times and the begining of socialism.... maybe I'll be ok. Maybe. Trying to stay positive here.
Posted by Deva at 9:26 AM

I've been working on getting www.devasbar.com website changed- should be up soon!
Posted by Deva at 6:57 PM

It's been awhile- I know. I think this may be one of the busiest times in my life right now with regards to business. More on that as it develops.

Nothing like a little quote in the OC Register on a Monday morning to get myself motivated again:

What a year! This must be one of the craziest times politically. I want to blog and then everything changes before I can type. Then it just seems out-dated before I can hit the key board.

I do have to say that I have received some e-mails from people in Ohio that concern me. My friends are under the impression that they need to go out and vote "against Hillary!" in the primary. Hello! We need Hillary ( excuse me.....Senator Clinton) to get the Dem's nomination-- for a reason. Republicans are not going to be motivated to vote "4 McCain" at this time. They will, however, be encouraged to vote against her. If Obama (nobamba.com) gets the nomination, Repubs may just be inclined to sit this one out. Not good.
Posted by Deva at 12:06 AM

Hope you are having a great day!
Posted by Deva at 5:08 PM

Super Tuesday is here and believe it or not I have just decided who to vote for a few days ago. Glad I didn't vote early absentee- it would've been a wasted vote. I was surprised to see Rudy on the Jay Leno show last week. I still think he would've been our best choice to beat the Democrats. Now that Rudy is backing McCain I was going to support his choice. Well I do support his right to suck up to his old buddy and hopefully get cast in a top role should McCain actually win.

Our beloved Govenor Arnold, whom at one time I did support ( on national TV being blind sided by Bob Gibson on "The Big Show"......... if I had only had a clue about politics then,)turned out to be a major dissappointment. At least for Republicans, the Democrats have pajama parties with him up in Sacramento. A pillow fight is about the most we can expect out of the Jolly Green Giant. Which is exactly why we need to vote NO on 93!! We do not need several more years of Nunez and Perata. If anyone reads the LA Times ( yeah, I know, the opinion section is great for lining a bird cage,) they would learn how much trouble this dynamic duo is actually involved in.

Okay, back to my point. Romney is the best choice for true conservatives at this point. Never thought I'd type those words. These are very interesting political times, last Presidential campaign was pretty cut and dry. I didn't quite understand what the big deal was during the convention where each states delegates were announced for Bush. That may be the only moment that I actually yawned during my 10 days in New York. Now I get it. I also get the idea of conservatives actually sticking to the conservative candidate. If we keep electing "Arnold's" when we should've backed Tom McClintock we are losing the values that make us conservatives. I say conservatives because there seems to be so many candidates with an "R" next to their name that liberals embrace. Arnold is backing McCain, Arnold's wife is backing Obama. Big shocker there huh?

Personally I don't want to live in a socialist society. I went to France and it's lovely, I want to visit there again. "Visit" being the key word. I want to work for my living in a system that rewards that hard work. Otherwise what is the point of efforts to be successful? If you want everything handed to you go live in that form of society! Even the homeless get a monthly salary in France so they can buy wine and sit in their tents in the park brushing up on their writing & painting skills. Lovely for them if that's what they want. The problem is that France is figuring out they cannot sustain this system forever, there's only so much you can collect in taxes from the few people that are actually successful.

I'm voting YES on 94,95,96,&97.
I like playing slot machines. I don't like having my taxes increased! So, it just makes sense to me to vote Yes. If the state is going to get my money anyway, I might as well have fun giving it to them via the Indian tribes:)
Posted by Deva at 11:43 AM

I ran out of time completing my last post so here are the highlights for now:

I went to see the movie Saturday night, it only re-affirms what a socialist she really is. I did run into John Ziegler at the screening. I believe he did some research for the movie. I must say he's looking much less stressed these days. He had a piece in the OC Register on Friday.

http://www.ocregister.com/opinion/talk-immigration-radio-1971006-illegal-rush
Posted by Deva at 1:18 PM

Labels: No on 93
Older Posts Home
Subscribe to: Posts (Atom) 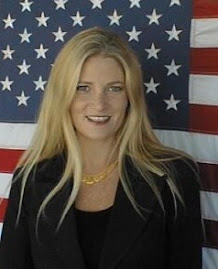